Spring Break at the Valley of the Waves, at Sun City Resort March 16th, 2016 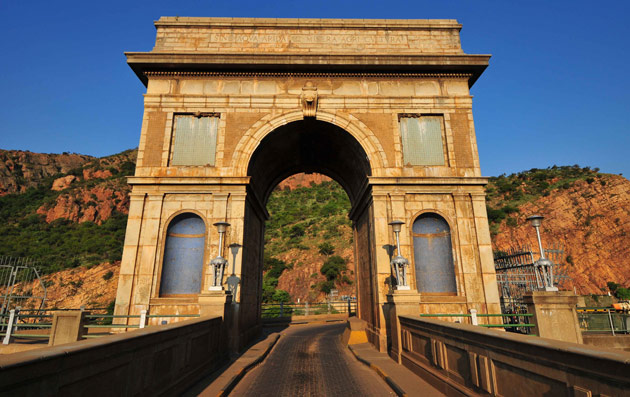 Spring Break at the Valley of the Waves, at Sun City Resort

I recently I went with my daughter and her friend to the Valley of the Waves at Sun City, a resort in the North West province of South Africa.

Sun City is about 230 kilometres from Johannesburg. The resort is huge, with a number of luxury hotels including the Lost City, the Cabanas and Cascades.

It offers a variety of activities including game drives [at the nearby Pilanesberg Game Park and Bakubung Game Park], gambling, bird-watching, hiking, going on elephant and/horseback riding, golf courses and some water sports.

We didn't want to spend our limited time racing across the resort trying to do everything. So we opted to spend most of our time at the beach, taking part in the spring break activities.

For one week in September, a mobile company whose activities I follow hosts a week-long event during which families can come to play, watch extreme water-sports and relax. People can also come on day trips for the event, which is broadcast live on radio and TV.

Unlike its college-associated cousin, this spring break involves clean family fun, with toddlers, school-going kids and teens playing together in various, constantly changing groupings. Parents, grandparents and other family relations may choose to take a dip in the water or take part in organised games.

I wanted to include an elephant ride in our programme, but the girls outvoted me, insisting I would be too busy playing in the water to want to bother with smelly elephants. I also suspected they were a bit of afraid of coming in close proximity with a "wild animal", so I didn't insist. Maybe I'll do it the next time we come.

Here are some of the activities we did:

1. Took surfing lessons, and then chased the waves - At first it felt strange, standing on what passes for a beach knowing full well that the ocean was hundreds of kilometers away. But the man-made surf can be high too on this little pond, and parents and kids alike can have a lot of fun diving under the water or riding a wave.

2. Learnt rock-climbing - Amid the natural rocks surrounding the beach area, it's ironic that the area designated for rock-climbing should be artificial. But the kids had as much as if they were climbing the real deal, so I'm not complaining.

3. Played some volley-ball, did some hula-hoops - The teens among the varied family groupings were happy to assemble the younger kids and teach them games, or run some competitions.

4. Floated on the lazy river - The river ride was quiet and smooth, until the stone monkeys on the edge of the river started spitting water in my face. The girls thought it was funny watching me duck and turn, trying to avoid the water. Huh!

5. Went on a water slide down a steep hill - The person going on a slide has to be at least 1.2 metres tall, so my daughter's friend, who is also nine but is much shorter, could not go. So we did not linger on this activity.

6. Watched demonstrations - The formal programme included water skiing and surfing demonstrations, as well as dance routines by a cheerleading troupe. The dancers, who were mostly university students were quite good; their trim figures shaped well enough to get the heartbeat of many a teenage boy pumping faster.

7. Read a novel, work a bit- Reading by the water-side is very hard work, especially when the heat is beating on you, urging you to drift to sleep for just a minute, or ten. I also brought along a notebook and pen, so I took some notes to write about the trip afterwards.

8. Took pictures of some monkeys - On the first day of our stay, we got lost on our way to our hotel. I don't know how I managed that, because the resort lay-out is such that I should have gone from the beach, through the entertainment area out to the front entrance of the Cascades, where we were staying. But somehow, we found ourselves at the back of the hotel, watching monkeys rummage through the garbage cans and chase each other among the trees. We were very careful not to go close to them, but we took as many pictures as we could manage without spooking them.

Subscribe to Damaria Senne's blog at http://damariasenne.blogspot.com, where she shares her adventures as a parent and writer. You can also read her blog on how mobile phones impact on the way South Africans work, play, learn and communicate at [http://www.mydigitallife.co.za/mobilelife] Read her business technology-related articles at http://www.itweb.co.za